Austria has announced plans to implement border controls at its shared border with Italy at the Brenner Pass. Alexandr Lagazzi analyses such move with regards to both Italy's and the Commission's reactions. 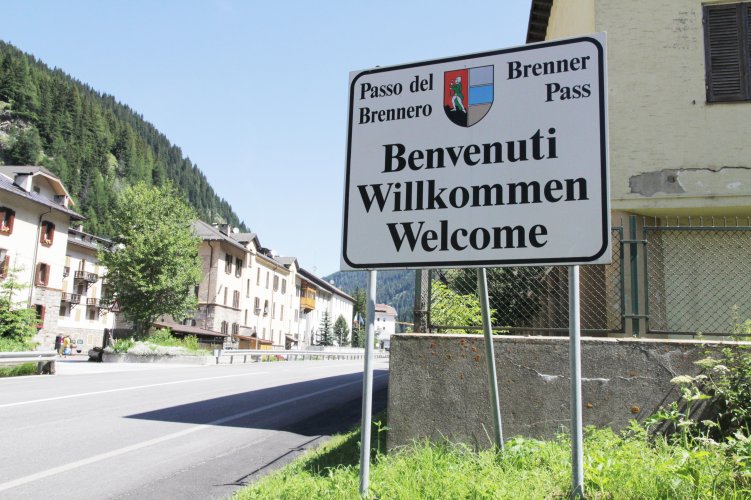 After the implementation of the EU-Turkey deal, whereby Syrian refugees who made it to Greece are returned to Turkey, Austria, concerned about the ‘collateral outcome’, is unveiling plans to re-establish border controls with Italy at the Brenner Pass.

For a couple of decades, the Austro-Italian border – called ‘Brenner Pass’ – has been almost invisible for those 10 million vehicles that annually cross it. This situation could change very soon given that a 250 metre-long barrier is now under construction, aiming to stop any uncontrolled flow of refugees. The move, billed an improvement of ‘border management’ by its Austrian architects, shall be implemented by the end of May on the same basis as at the Austro-Slovenian border in Spelfeld, meaning border checks will be implemented for all crossing vehicles. Nonetheless, the implementation date may vary depending on the success of Italian migration measures, ideally resulting in fewer than planned refugees arriving from Libya.

Fearing a doubling of refugees coming from Italy as the Balkan route has been technically closed, Austria stressed its concerns about the possibility of the region turning into a migration hotspot, while pushing for an actual implementation of controls at the outer European borders.

After receiving 85,500 applications for asylum in 2015 – and thus being third in application per capita in Europe – Austria fears the expected number of migrants coming to Italy by sea to reach 300,000 this year, in contrast to the 150,000 of 2015, as the Libyan route by sea becomes increasingly attractive, despite its well-documented dangers, compared to the Western Balkan and other routes.

With pressure mounting on its shoulders, Italy has expressed its disapproval towards the Austrian plan, as PM Renzi, joined by the Minister of Interior Angelino Alfano and Minister of Foreign Affairs Paolo Gentiloni asked for further Austrian explanation and presented the matter to the Commission, in order to ascertain the compatibility of the Austrian proceedings with European Schengen rules and agreements. Humanitarian organizations supported the disapproval, putting forward concerns about the decision-making process of asylum applications at the border having shrunk to fractions of its requisite time, and the rising likelihood of migrants camping on the border awaiting the opportunity to cross.

Moreover, Italy points out the immediate economic implications of renewed border controls – with domestic estimations of yearly losses of up to 140 billion euros coming from restricted passage, and greater damage to Italian exporters, who would have to cope with substantial delays in delivery and rising transportation costs. The main route connecting Italy by way of Austria to Germany, its top trading partner, would be directly affected; not to mention the implications on tourism in the summer season.

The Commission responded by expressing that it was ‘very concerned’, with Commissioner on Migration Avramopoulos labelling the measure as ‘not being the right solution’, at the same time disproving the original estimates of refugees switching the country of entry from Greece to Italy. Such a move, significantly criticized by Rome, reflects the possible political stance that Austria might take after its presidential elections next year: a future tied to the EU, but with leanings of the successful candidate becoming more relevant to the EU’s political playing field –scepticism towards the EU-US free trade deal (TTIP) and criticism of the EU decisions coming from Brussels on the issue of the refugee crisis – leanings that will perhaps even translate into stronger actual power of blocking EU policies.

Given both Italy’s and the Commission’s concerned comments, such Austrian measures could worsen both the situation on the heavily crossed border and the economic and political relations between the two sides of the Alps.

Whether the controversial Austrian measure is another sceptical response to a possible European common solution of the migration crisis or an outcry of the Austrian polarized electoral society, the Brenner Pass has served as a model for European cohesion, especially in terms of a working Schengen. Thus following the vein of implemented border control earlier this year at Øresund Bridge – connecting Denmark with Sweden – which caused icy reactions, a setback in terms of integration and severe economic losses, implementing such plans in the Brenner Pass could be considered as another both concrete and symbolic move towards a weaker European cooperation within the increasingly complicated solution to the migration crisis.

The original blog was published on Euractiv.com.