INTRODUCTION: Launch of the new website "15 years in the EU"

This year, it was 15 years since the Czech Republic joined the European Union. To mark this anniversary, EUROPEUM, in cooperation with EACEA in the "Europe for citizens" program, has created a website that reflects on the past 15 years and answers the question of what to expect from the next 15 years in the EU. 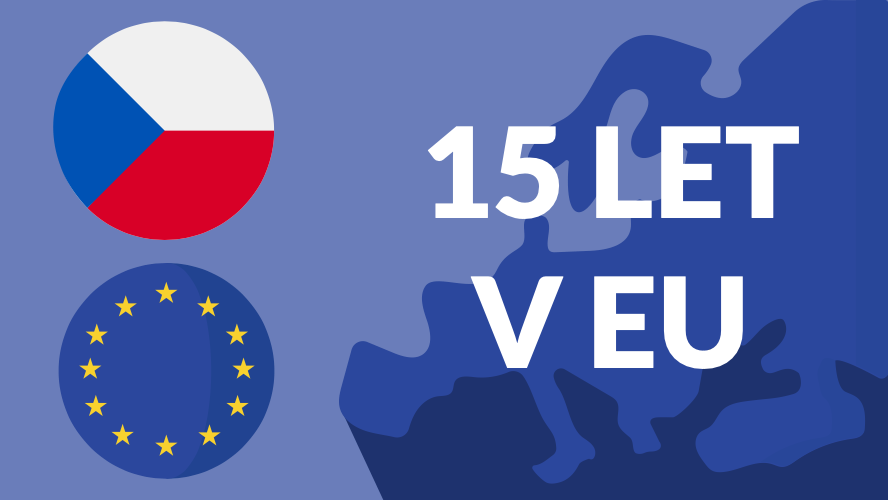 In 2019 it was 15 years since the Czech Republic joined the European Union. To mark this anniversary, EUROPEUM, in cooperation with EACEA in the "Europe for citizens" program, has created a website that reflects on the development of four specific categories in the Czech Republic since its accession to the EU in 2004. Interviews are one one of the main part of this website. We asked top political figures and other personalities, such as Prime Minister of the Czech Republic Andrej Babiš, Foreign Minister Tomáš Petříček, European Commissioner Věra Jourová and many others, the questions: "How do you evaluate the past 15 years? What do you expect from the next 15 years? Do you think that the EU has met the expectations of the Czech citizens since the Czech Republic joined the EU?" To find out how they answered these questions click HERE.

This year, the Czech Republic celebrated 15 years of its membership in the European Union. Since its accession in 2004, the country has embarked on a positive path of societal development, growth, prosperity and European integration. This website aims to present the public the history of the Czech-EU relations by mapping the 15 years of successful Czech membership of the EU.

Czech emissions of greenhouse gases, which are the main cause of climate change, have been falling between 2008 and 2015. However, in the recent years they began to rise again, following the same trend as the rest of the EU.

Recorded offences in the Czech Republic dropped steadily in the fifteen years following accession to the European Union.

The benefits of the Single Market to the Czech Republic has been higher than the EU-average, providing substantial benefits such as additional jobs, wealth, prosperity and employment, as evident in the second graph.

If you are interested in this website which reflects the past 15 years of the Czech Republic in the EU and you want to know more click on this LINK, which will take you directly to the website of 15 years in the EU.