Czechs and the EU Brand: How do Czechs feel about the EU and what could change their mind?

This study is mainly based on a series of 12 brief surveys by Behavio research agency and on longitudinal research by STEM Institute for Empirical Research. The expert’s inputs were provided by EUROPEUM Institute for European Policy. 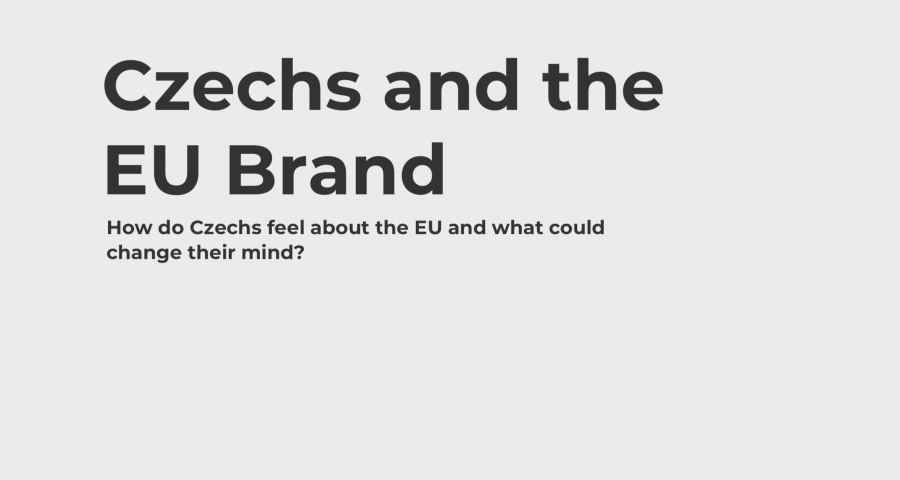 The Czech Republic could serve as a kind of laboratory for investigating anti-EU sentiments. Czechs’ perception of the EU membership is the poorest of all the EU citizens, (mere 33 % view it as a good thing). Not even half of the adult Czech population (47 %) would vote to stay in the EU, despite having a booming economy and bearing almost no impact of the migration crisis.

Moreover, the Czech economy is strongly export-oriented and benefits from the EU budget. Thus these negative sentiments seem to be very much about emotions and image.

Czechs’ feelings toward the EU are similar to other Visegrad (V4) countries in many ways, but these similarities are less prominent than one would expect – especially in the case of Slovakia, where attitudes towards NATO and the EU are reversed. In many aspects, Czech Eurosceptics have been more influenced by British and Italian politicians than by their counterparts in Slovakia, Hungary or Poland.

The popularity of the EU in the Czech Republic has been very volatile over the past 15 years. It was even modest at the beginning and the first disillusion came soon after the country’s accession, but was quickly countered by the Czech presidency of EU in 2009.

EU’s image dropped again during the global economic downturn and the Eurozone crisis, which played a relatively strong role in the 2010 national election campaign. The migration crisis worsened negative sentiments even further, despite having little direct effect on the country. The recently observed increase in popularity can be mostly attributed to the country’s economic growth.

You can find the whole study here.