We would like to invite you to the fourth debate from the EU-Pacific talks series titled "Japan – V4 relations – more central but still European" The debate will take place online on the 11th of January and will be broadcasted on our Facebook page. 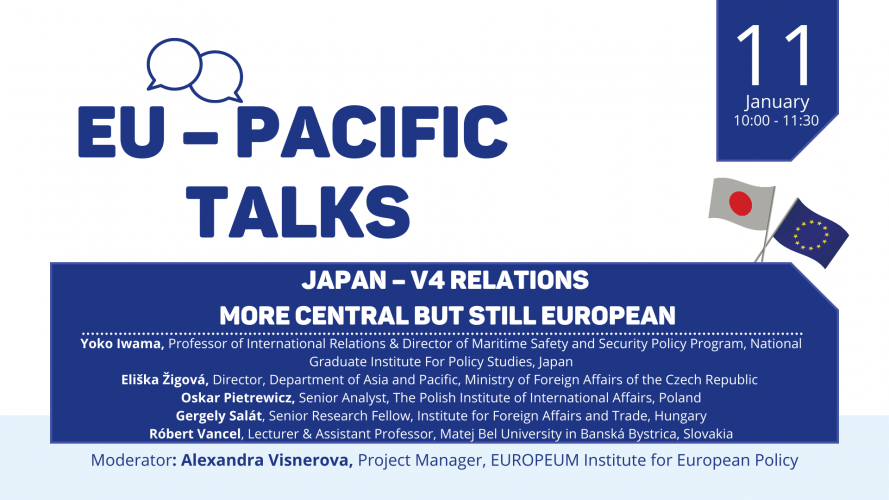 While there is a large geographical distance between the two regions, Japan and Central Europe both share a strong commitment towards building stronger democratic ties, strengthening economic relations, and coordinating on global issues such as climate change and security concerns over the rise of China. As the V4 grapples with aligning on these issues, external challenges such as China continues to assert itself in the region. How can Japan and V4 members institutionalize relations? Will the V4 rely on the Japan-EU partnership to drive this enhancement of ties?