INVITATION: EU± // Germany's position on the Russian war in Ukraine

We would like to invite you to the next debate in the EU± series, this time on the topic "Germany's position on the Russian war in Ukraine". How does German aid to Ukraine compare to other allies? What is the content of the German Zeitenwende? How will the change in Germany's approach to foreign policy translate into European foreign and security policy? Can Germany be expected to lead on security issues as it does in economy? 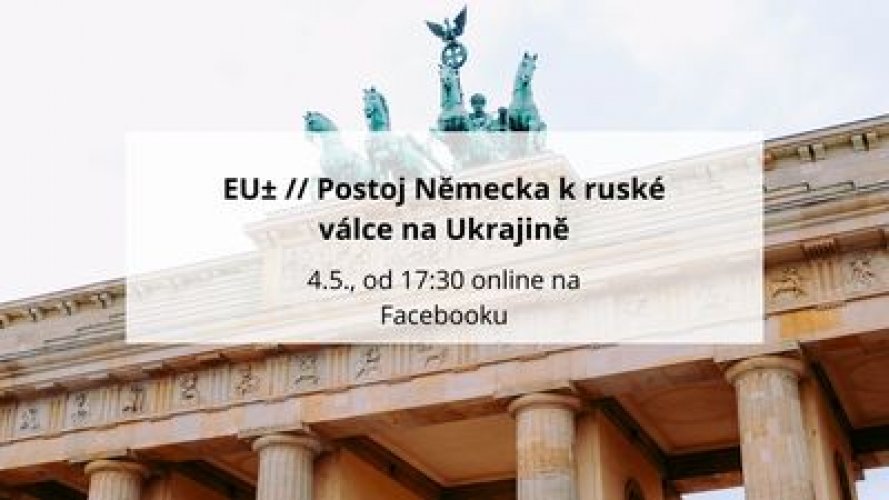 The debate is organised with the support of the Jean Monnet Chair TeDEUSS - Teaching and debating EU small states' security at FSV UK and co-funded by the European Union's Citizens, Equality, Rights and Values programme.

You can watch the debate live here.