Talking Europe(um) – podcast about Europe and the EU

Talking Europe(um) is a podcast which comments on current issues in the European Union. List of episodes, as well as information about where you can listen to the podcast, is in the article. 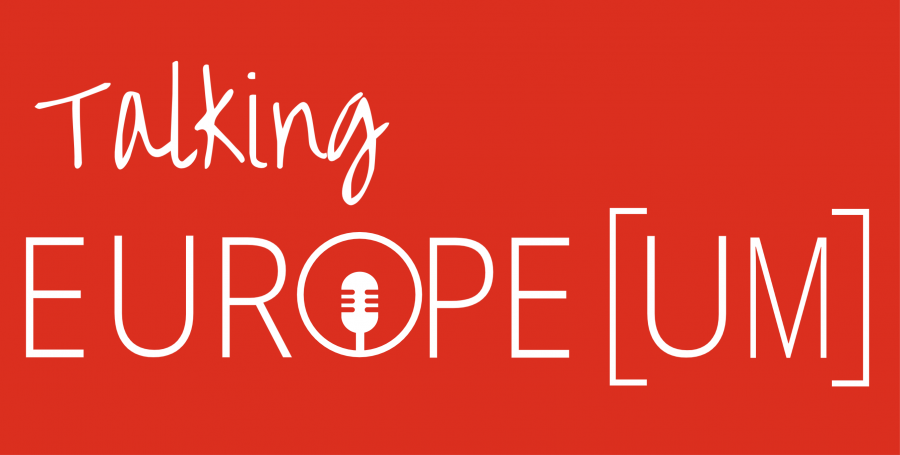 Episode 5: The first steps of the new Slovak government [CZ]

Episode 6: What are the possibilities for study stays and internships? [CZ]

Episode 7: A tale of two elections: US elections in review [English]

The Democratic and Republican National Conventions have just wrapped up and so far have painted two stark and very different pictures of America. One has encompassed diversity, plurality, and normalcy, the other one focused on divisive issues and painted a distorted and polarized reality.

Our Deputy Director Christian Kvorning Lassen and Research Fellow and resident American, Danielle Piatkiewicz, discussed the differences between the two with regards to key foreign policy and domestic issues, while also having a free-wheeling more philosophical discussion about the state of the US and what the future might hold.

Episode 8: Dance with the bear: Will Putin maintain his "friend" Lukashenko in power? [CZ]

Episode 9: Dialogue between Kosovo and Serbia: Has the West found common ground? [CZ]

Episode 10: Tensions in the Eastern Mediterranean: How to resume EU-Turkey dialogue? [CZ]

Episode 11: The New Sheriff at the White House: What to Expect from Joe Biden? [CZ]

Episode 13: Conference on the Future of Europe [CZ]

Episode 14: Economy vs. Security: What is the future of the EU and China's relationship? [CZ]

Episode 16: How does the Czech Republic intend to use money from the European fund for post-pandemic recovery? [CZ]

Episode 17: Side effect of the Russian vaccine: the fall of the Slovak government? [CZ/SK]

Episode 18: Against the oppression of the Uighurs: How to understand the current dispute between the EU and China? [CZ/SK]

Episode 19: Slovenian prime minister in the spotlight - an attempt to change borders in Balkans?

Episode 20: Seventeen years since the Czech Republic's entrance into the EU

Episode 21: Legacy of Angela Merkel: how did she change Germany and is the country ready for her departure?

Episode 22: 30 years since the inception of wars in the former Yugoslavia and their impact on the Western Balkan countries

Episode 23: How can the project Carbon Capture and Storage help with the lowering of carbon emissions?

Episode 24: Repatriation of foreign terrorist fighters. Is there a common European approach?

Episode 25: Decarbonization of the automotive industry and electromobility. What is new and what does it mean for the Czechia? [CZ]

Episode 26: The impact of elections on the postition of the Czech republic in the EU [CZ]

Episode 27: New START Treaty: Does the European Union have a chance to influence the shape of the new version of the Treaty?

Episode 28: Glasgow Climate Conference - Can we expect changes in the fight against global warming after COP-26?

Episode 30 - The threat of further Russian aggression in Ukraine?

Episode 32 - Conference on the Future of Europe: Will it change the way the EU works or will it remain a shadow of great ambitions?

Episode 33 - The Prospect of Ukraine's EU Membership - Reality or Utopia?

You can listen to the podcast:

Or watch the video (only until Episode 12):