Energie bez emisí: The decline of fossil fuels is clear, the biggest challenge is to solve raw material dependence

Our researcher Michal Hrubý was a guest on the Energy Without Emissions podcast. He answers questions on issues such as current energy prices and their possible future development, what impact climate change will have on industry, what is the state's strategy or how the state is approaching the situation.

If you missed the debate EU - Pacific talks: EU - ASEAN relations: for better and for worse, you can read the report from the debate written by Šárka Váchalová. During the debate these questions were discussed: As tensions with authoritarian powers such as Russia and China amplify, how can the EU and ASEAN partnership remain strong moving forward? What are the areas that the two regions can strengthen given the ongoing geopolitical tug of war? 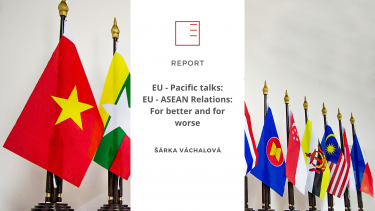 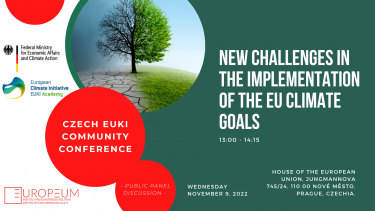 Read the background paper for the Belgrade conference, which focuses on the phasing out of coal mining in the V4 countries, to representatives of Serbian civil society. Our project manager and junior researcher Tatiana Mindekova worked on the paper on behalf of EUROPEUM Institute for European Policy. 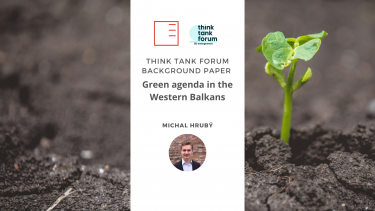 It is with great pleasure to invite you to participate in the EU Enlargement Think-tank Forum: Rethinking Enlargement in times of Geopolitical Earthquakes organized by EUROPEUM Institute for European Policy in cooperation with other partners between 13th and 14th October 2022 in Prague. Invitation only for in-person participation.

Tatiana Mindeková, our project manager and junior researcher, wrote a blog named “How do Czech and Slovak governmental parties perceive the EU Green Deal? Online monitoring of Facebook posts”. In this blog, Tatiana analysed approaches of Czech and Slovak parliamentary parties to the European Green Deal and identified whether the parties and their representatives are supportive or critical towards it.