We invite you to a debate entitled "Czech EU Presidency - what promotional events are planned?" The debate will take place on Thursday 2 December at 17:30. 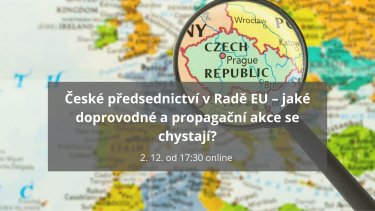 Čro PLUS: Ecological plans of the incoming German government

How is Germany going to achieve generating 80% of its energy from renewable sources by 2030? And is Germany's transmission system ready for such an increase in their share of electricity generation? These and more questions were answered by Kateřina Davidová, an analyst at EUROPEUM. 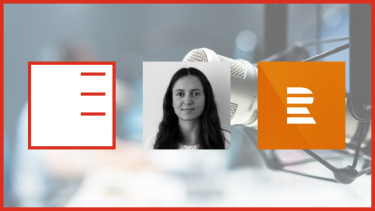 We would like to invite you to another debate in the EU± series on how the new government will approach the European Union and how its European policy will differ from that of Andrej Babiš. The debate will take place online on Thursday 25 November 2021 at 18:00. 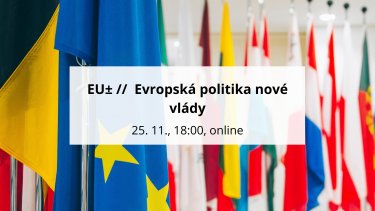 Czech Interests in EU: Searching for a consensus? Green deal vs. yellow card

How do Czech politicians approach the Fit for 55 package? And what should the incoming government focus on? Michal Hrubý, an analyst at EUROPEUM, explains the search for a consensus in his commentary 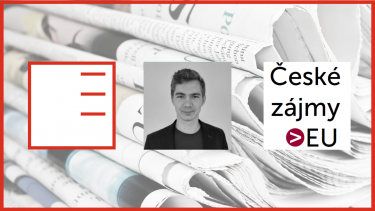 Despite strong anti-nuclear traditions within the major parties of the coalition, the incoming government has decided that Germany will continue to host US nuclear weapons. The EUROPEUM Director Zdeněk Beránek has commented on this topic for Washington Examiner. 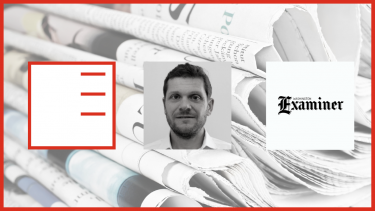 Radio Prague International: Fiala govt will be pro-Western but shift on migration unlikely

The director of the EUROPEUM Institute for European Policy, Zdeněk Beránek, commented for Czech Radio on the incoming Czech government headed by Petr Fiala of the ODS. He looked at whether the new government will actually follow Havel's human rights agenda, or what its installation will mean for the Visegrad Four. 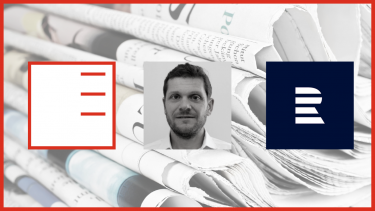 INVITATION: 30 Years of Visegrad: Role of the V4 countries in shaping the future of the EU

We would like to invite you to a conference titled "30 Years of Visegrad: Role of the V4 countries in shaping the future of the EU". The debate will take place on Monday, 22nd of November 2021 starting from 4:30pm to 7:30pm. The event will take place in Brussels and will be live-streamed online. 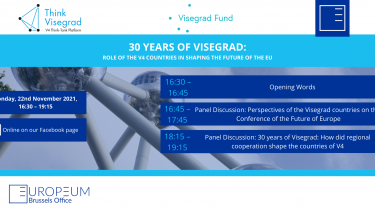 Our research fellow Vít Havelka appeared on national television ČT24, in which he commented on the newly formed government. In the interview, he compared the difference in the coalition declaration with the previous government of Andrej Babiš in the section on access to the European Union. 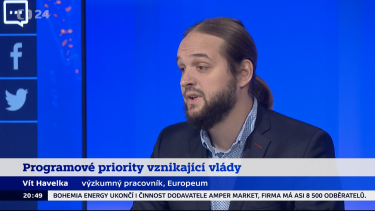 The director of the EUROPEUM Institute for European Policy, Zdeněk Beránek, commented for the Danish newspaper Politiken on the topic of Orbán's ally loss - Andrej Babiš. He commented on the changes that come with the departure of Babiš and his replacement by Petr Fiala as prime minister. He mentions the rhetoric and style, the stance on the European Union's climate packages and the identification and solution of the Czech Republic's problems. 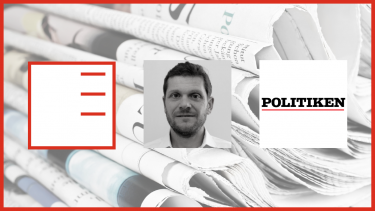 Final panel of the Youth Conference in Prague

We would like to invite you to watch live the final panel of the Youth Conference in Prague project, which will take place on Friday 5 November at 15:30. 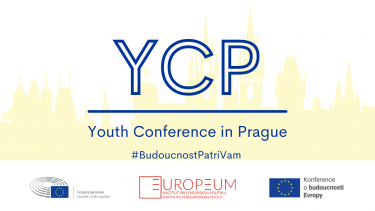