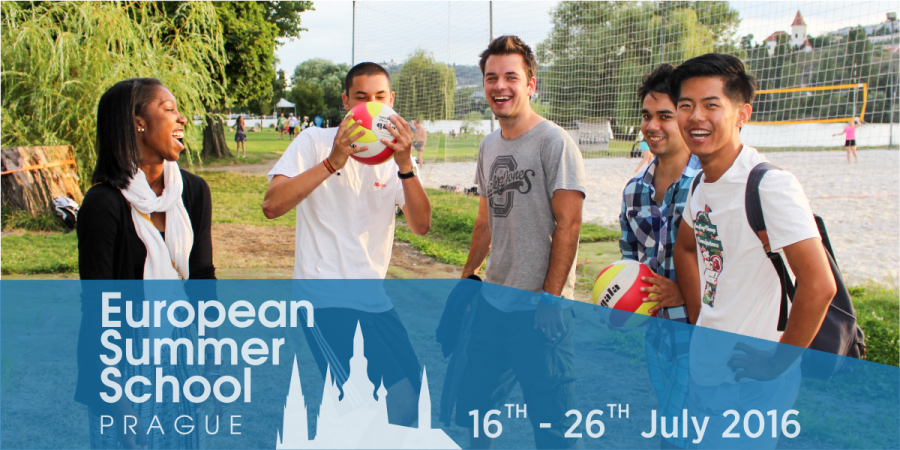 This year we welcomed 25 university students from 17 states, including China, Brazil or Azerbaijan. The 10 day program was titled “Europe in Motion” and focused on various aspects of migration and EU’s reactions to the current refugee wave.

Migration was discussed in many contexts. In the introductory lectures, Lucia Najšlová (Faculty of Social Sciences, Charles University) introduced specifics of the migration debate in Central Europe and Magda Faltová (Association for integration and migration) presented the basics of the European Asylum policy. On a second day, students debated a relation between security and liberty with Tomáš Weiss (Faculty of Social Sciences, Charles University). Marek Čaněk (Multicultural Centre in Prague) presented another aspect of migration and focused on the inter-EU movement of workers. Michael Romancov (Faculty of Social Sciences, Charles University) talked to the students about possible scenarios of a migration wave from the Eastern neighbourhood, as a result of a conflict in Ukraine. Fifth day of the summer school belonged to the duo of lecturers from the Prague College - Bruce Gahir started with an overview of economic consequences of the last refugee wave for European economy, Stefano Cavagnetto continued with demographics of Europe and concluded the day with a lecture on ethical frameworks of migration discourses. Academic program ended with a second lecture by Tomáš Weiss, who outlined how the Global strategy of the EU, currently finalised by the EEAS, would influence further EU’s relations with neighbouring countries.

Besides lectures and debates, students also participated in excursions and guest meetings. They visited the premises of the Senate, where the group was welcomed by prof. Václav Hampl, senator and former rector of the Charles University, with whom students debated the Brexit and the refugee wave from the Czech perspective. In the Ministry of foreign Affairs of the Czech Republic, the group met Mr. Ivo Losman, deputy director of the Central European Department, and they debated the role of Visegrad group in Czech and European policy making. We have also visited the Radio Free Europe/Radio Liberty.

European Summer School is organized in cooperation with Prague College and the Faculty of Social Sciences of the Charles University, under auspices of the European Commission Representation to the Czech Republic. We would like to thank our partners and we are looking forward to further cooperation in the upcoming years!

Because the European Summer School will be back next summer for its 15th year!