The V4 and the European Defence Initiatives

Gergely Varga published an interesting policy paper as a part of Think Visegrad platform. He focused on the differences in approaches of V4 countries towards EU and NATO, while also finding common traits which could serve as valuable inputs to the discussion about the future of European defence. 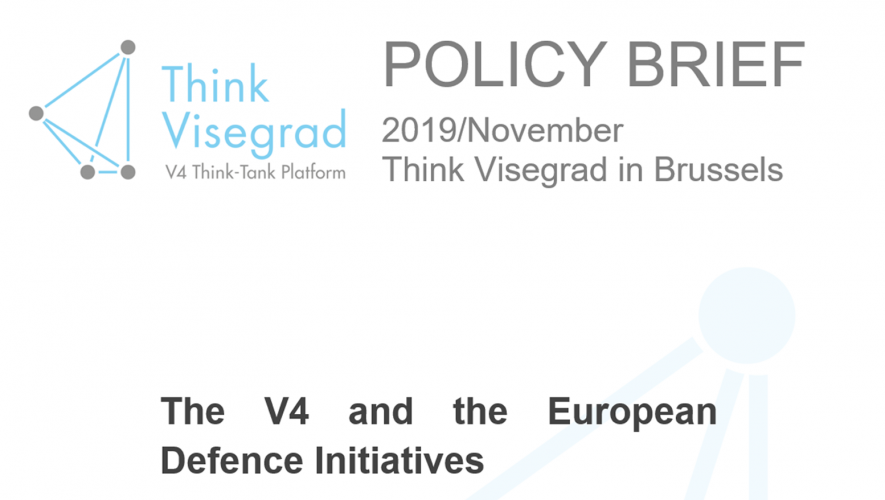 The Visegrad Four are far from unanimous and exclusively critical in their approach to the European defence initiatives. In different forms and to various extent, all are hedging against the risks and uncertainties of the long-term prospects of the transatlantic relationship and the challenges of a deeper European defence cooperation.

Alongside the differences, the V4 has some common traits, including pragmatism, inclusivity, and a genuine 360-degree approach - which are valuable inputs to the debates surrounding the future of European defence

Gergely Varga PhD is a Senior research fellow at Institute for Foreign Affairs and Trade.