Michal Vít was a guest on ČT24 the 13th of July. He spoke about the summit on Brexit aftermath, that is to be held at the end of August by Germany, Italy and France, whose president, Francois Hollande, invited the other two European leaders. 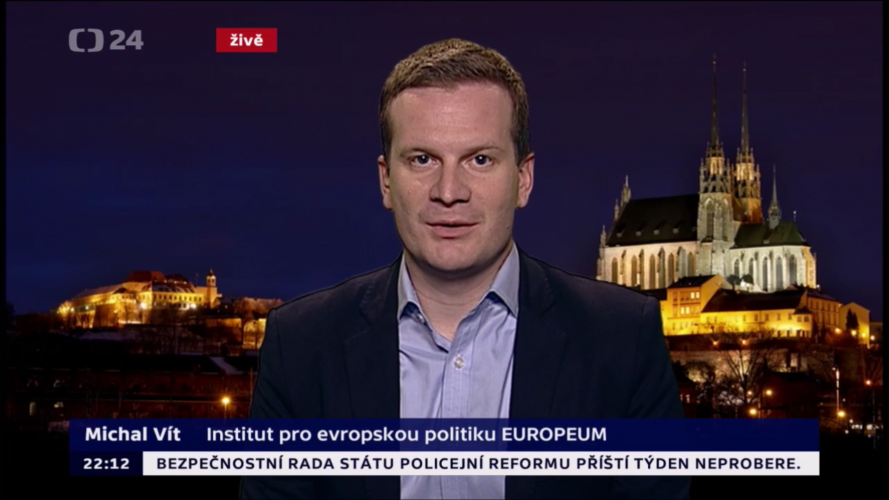 Michal Vít talked about the situation after the UK will leave the EU. This situation and its prospects for the future are to be discussed in August during the summit of the EU's three biggest countries, Germany, France and Italy, that was arranged by French president Hollande.

Is it appropriate to discuss a question of this importance in such a narrow circle? Are Central European states such as the Czech Republic capable of pursuing their goals effectively via cooperation with EU's leading countries?

These and other questions are addressed in the interview you can watch (in Czech only) on our YouTube channel.