iROZHLAS: Suspension of the Erasmus programme for Hungary? "Punishment and isolation of students."

Hungarian students from 21 universities are at risk of not being able to participate in the Erasmus+ education programme. The European Commission has temporarily cut them off. "The students who stand to lose the most from Erasmus are not the children of upper-middle-class parents, but those from smaller towns and rural areas. They don't have the means to travel abroad," Hungarist Oszkár Roginer, Global EU project manager at the EUROPEUM Institute, criticised the decision to iROZHLAS.cz. 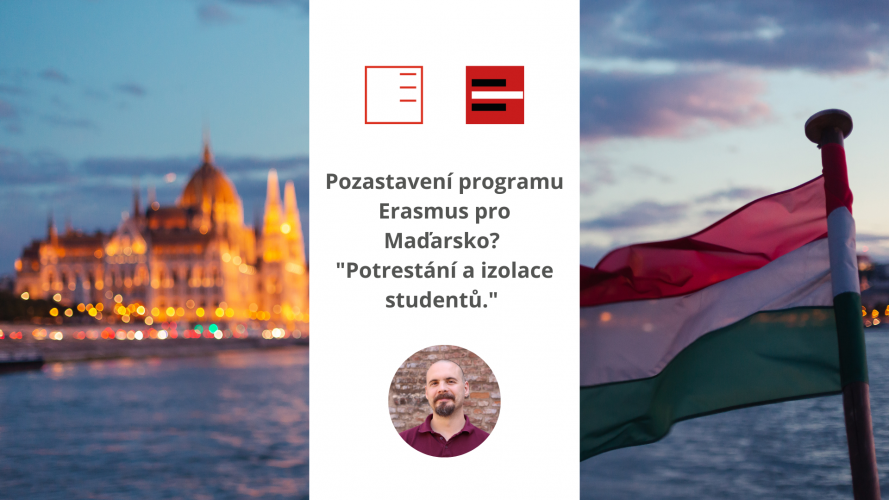 "It is all part of the negotiations on the rule of law that Tibor Navrancsics (Minister of Regional Development in Viktor Orbán's government) had with the European Commission in the last months of last year. However, the move was not sudden. Navrancsics, who is the minister responsible for regional development and the distribution of EU funds, said the European Commission had no objection to active politicians sitting on university boards. However, the Commission has now denied this."

"Not all universities are affected, but the biggest ones will be affected by the decision. The students who will lose out most on Erasmus are not the children of upper-middle-class or middle-class parents from Budapest, but from smaller towns and rural areas. They certainly do not have the means to travel abroad, to gain foreign experience, to network with their peers and to work on their language skills. So, unfortunately, it would punish and isolate a student population that is already in a rather precarious position."

You can read the whole article here.