Radio Slovensko: Italy has been hit by an expected political earthquake.

A right-wing coalition triumphed in early elections for the first time since the end of the Second World War, with the most successful party being the Brothers of Italy, led by the controversial Giorgia Meloni. Is the incoming prime minister a populist or will she commit to serious politics? Why is the European Union itself worried about her victory? Our research fellow Alexandr Lagazzi contributed to the debate. 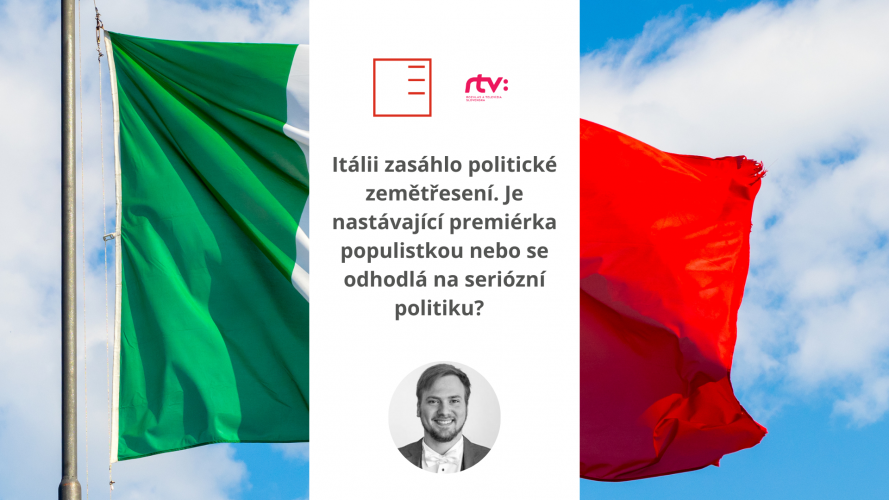 "The Brothers of Italy's voters were mainly from the north, although there were some in the south as well, understandably opting more traditionally for the Five Star Movement."

"Meloni did not extol Mussolini's legacy, especially in the run-up to the election, but neither did she categorically reject it altogether. Her position in the eyes of Italians is seen as that of an unspoken far-right politician and is linked from the beginning to her involvement in politics and to the fact that she was part of a party that has a legacy of Mussolini."

You can listen to the whole debate here.