Vít Havelka, a research fellow at the Europeum Institute, spoke on ČT24's Studia programme about preparations for the Czech EU Presidency, which begins in July. Havelka's main focus is on the change in the role of the presidency from 2009. Now it is mainly about negotiating new European legislation than it was before. Furthermore, he also presented the direction of the Czech Republic in the legislative process and mentioned political priorities, where one of the main topics will be the war in Ukraine. 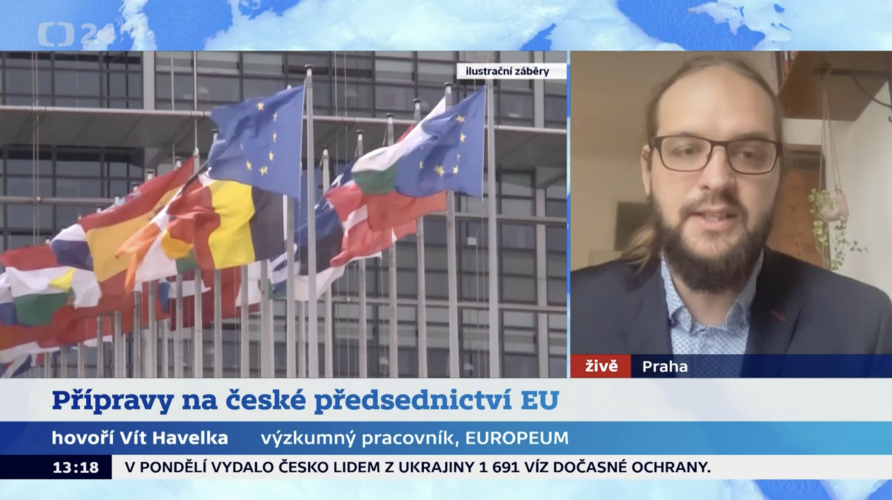 The full video from the CT24 studio can be viewed here.