The new year brought a change in the EUROPEUM team

With the end of 2021, Zdeněk Beránek has left the director's chair and will now be working in the team of Markéta Pekarová-Adamová, the President of the Chamber of Deputies. His agenda at the Institute will be taken over by Executive Director Martin Vokálek, Deputy Director Christian Kvorning Lassen and the rest of the team. 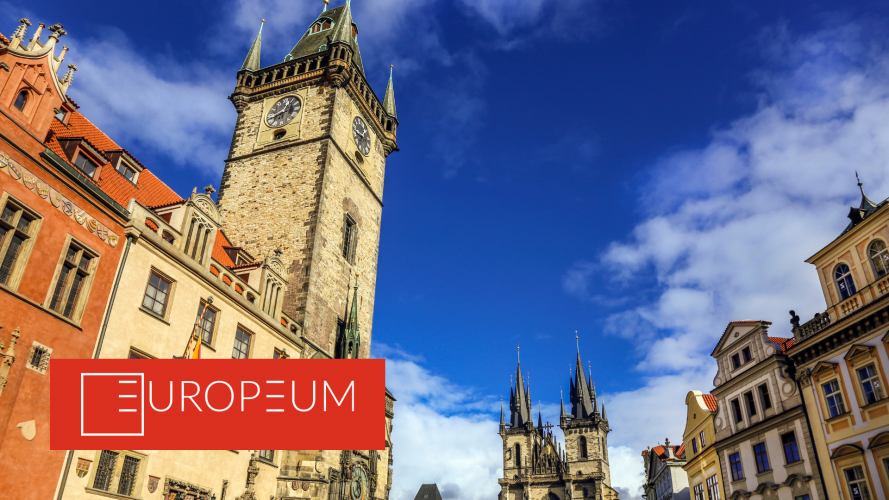 Zděnek Beránek joined EUROPEUM in September 2021, but now he has accepted the position of Foreign Policy Advisor to the President of the Chamber of Deputies of the Czech Republic and therefore he is leaving the post of Director.

The time spent at EUROPEUM was a great experience. After many years in the Ministry it was very refreshing to work in a young and competent team. However, returning to practical foreign policy in the team of the President of the Chmaber of Deputies was an opportunity that could not be refused. Martin Vokálek is a capable manager and I have no doubt that he and his other colleagues will lead EUROPEUM in the right direction," comments Zdeněk Beránek.

"During his tenure, he has enriched our entire team with his experience and insights from his several years of diplomatic experience. The entire EUROPEUM team thanks him for his work and congratulates him on his new position," said Martin Vokálek, who continues as Executive Director.