INVITATION: Rethinking and strengthening NATO - how to prepare the Alliance for the future?

We invite you to an online debate organised by EUROPEUM Institute for European Policy as a part of Transatlantic Policy Forum (TAPF) and with support of International Visegrad Fund. The debate will take place online on April 27 from 17:30 on our Facebook. 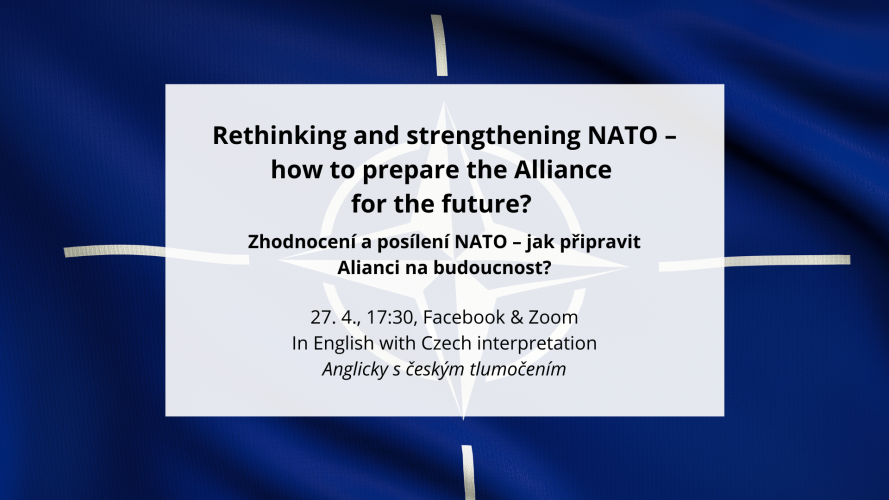 NATO is currently at a very different place compared to the one envisioned seventy years ago when the Washington Treaty was signed. The security environment is quickly changing, the reliability of the US as a strategic partner for Europe was weakened under the previous Trump administration and new security threats are emerging. The previous NATO Summit started a process called NATO2030 which aims to adapt the Alliance to the current security environment, strengthen its political role and unity among Allies. In addition to this, the Biden administration has shown over the first 100 days of its operation that it holds on tightly to its role in NATO. On the other hand, we have seen that unexpected turn of events from the global pandemic emerge, exposing the vulnerabilities of our security community, the impact of disinformation not just on the health sector but also on the political and security spectrum. The continued rise of China and Russia as geopolitical threats also continue to amplify, especially with the recent worrying developments on the Eastern Ukrainian borders and human rights tensions in China’s neighborhood. The NATO leaders will need to address a variety of crucial issues to safeguard the security of the Alliance and its member states during the planned NATO summit of 2021.

This discussion will address the impact of the pandemic on NATO, the pressing and emerging security challenges for the Alliance, especially under the new Biden administration. What can be expected from the 2021 NATO summit and what will be the most crucial points on the agenda? Lastly, our panelists will discuss the issue of Europe’s strategic autonomy and how Central and Eastern European countries help in developing a renewed NATO approach.

We will broadcast the debate in English on Facebook event. You can also join the Zoom webinar with Czech interpretation.