US back in climate business: implications for global climate action

Our Research Assistant Charlotte Bufano wrote a policy paper for this year's first Prague Climate Talks debate: US back in business — what to expect from US climate policy? The debate would take place online on 29th April at 5:00 pm. 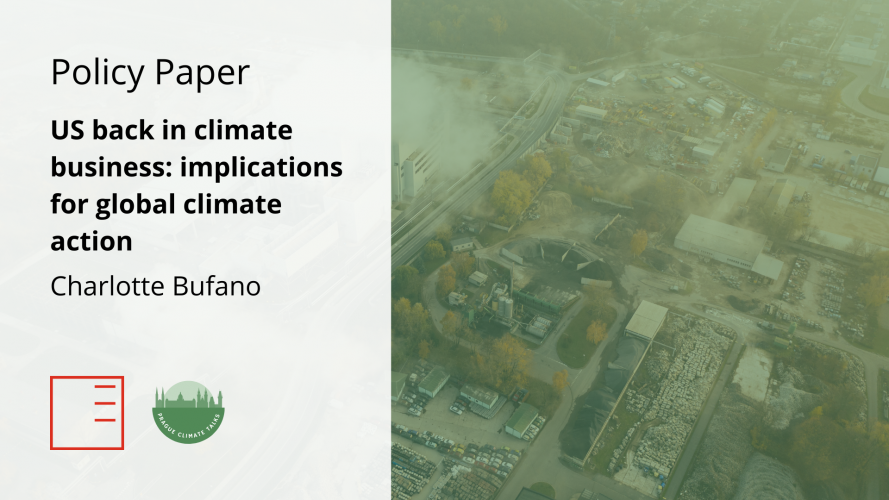 One of the first moves of Joe Biden upon his inauguration in January 2021 was to officially bring the United States back among the signatories of the Paris Agreement. He has also announced a plan to get the US on track to becoming carbon neutral by 2050 and to fully decarbonize the country’s power sector by 2035. These goals are accompanied by an unprecedented climate investment plan of $2 trillion.

The President of the European Commission, Ursula von der Leyen, has responded to this argument by saying that, when it comes to green economy, competition is good. Nowadays, we can see how the so-called “green race” is reshaping geopolitics. Is it likely that countries that do not embrace the green transition will eventually be left behind? Olafur Ragnar Grimsson, the former President of Iceland and chair of the Global Commission on the Geopolitics of Energy Transformation, says that, gradually, “the power of those states that were big players in the world of the fossil-fuel economies, or big corporates like the oil companies, will fritter away.” With the US back in business, other major economies, like the EU, China and Russia, need to step up their pledges in order not to lose their competitiveness.

The full policy paper is available under the PDF button.