In a policy paper, Megi Bakiasi deals with the judiciary reform in Albania, including the European dimension of reform, and presents recommendations for addressing its shortcomings. 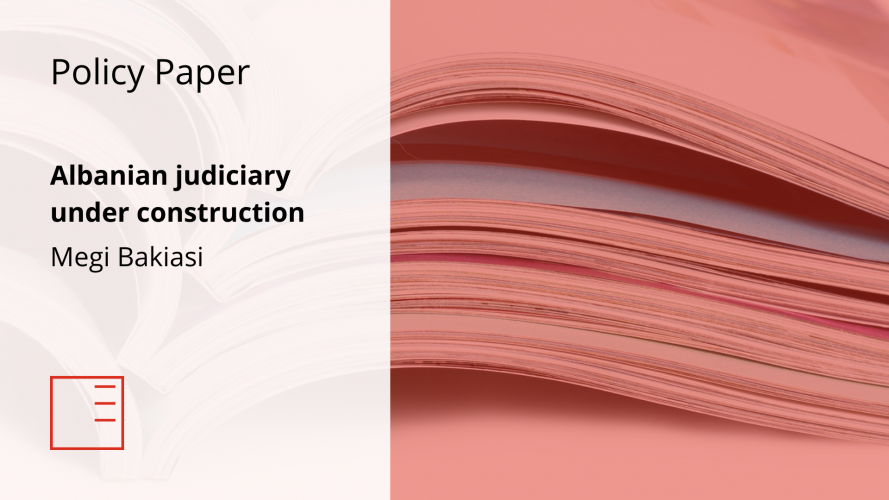 The 2016 judicial reform is certainly a historical paradigm shift for Albania. The reform brought about significant change, by cleansing the system from a number of its corrupt officials. Nevertheless, like all transitions, it encountered a number of difficulties with respect to its implementation. The lack of precision in the reform laws, as well as the failure to provide a safety net resulted in numerous vacancies that paralysed key judicial institutions. Furthermore, the laxity shown by the executive and legislative branches delayed the advancement of the reform and resulted in multiple shortcomings with regard to transparency. Lastly, the provisions relative to the right to resign and the lack of proper examination of the three vetting criteria have a negative impact on the establishment of the principle of accountability.

You can find the full report under the PDF button.