EU Monitor: The European Army project: the answer to the Union’s strategic shrinkage?

Rose Hartwig-Peillon wrote an EU Monitor on the topic of The European Army project: the answer to the Union’s strategic shrinkage? In this report, she focuses not only on the current defense strategy of the EU and whether the present security and defense tools are effective or not, but she also addresses the question of creating a European Army and if it could help with achieving the goal of European strategic autonomy

Policy Paper: Czech-Russian Escalation as a Case of Deeper EU-Russia Crisis: Time for a United and Credible Action

Pavel Havlíček, an analyst at the AMO Research Centre, has written a policy paper for our Brussels office on the Czech-Russian escalation as a case of a deeper crisis between the EU and Russia. In his article, he also makes recommendations for the European Union. The text was written during a research stay in Brussels, which was facilitated by our Brussels office with the support of the Ministry of Foreign Affairs of the Czech Republic.

NEW EUROPE: It’s time to rebrand or put the idea of a European Defense Force to rest

Our researcher Danielle Piatkiewicz has written an article for NEW EUROPE in which she discusses the future of the idea of a European Defence Force.

We would love to invite you to another debate within the Café Evropa series, called: "Common European Defense - is cooperation between the armies and the defense industry in the EU countries successful and sufficiently effective?" Although the idea of a common European army has appeared more frequently than ever in the statements of various European politicians in recent years, in reality this possibility is relatively unlikely in the foreseeable future. Is the European Union self-sufficient in terms of raw materials or supply chains? What is the attitude of the Member States of the Union to deepening defense cooperation? And where is European defense actually heading?

Ministry of Defense: EuropaSecura 2021 has its winners

On Friday, June 11, the national round of the EuropaSecura competition for high schoolers, which our institute co-organized with the Czech Army and the Ministry of Defense, ended. 42 students in the competition measured their knowledge of international and security policy and overcame obstacles in the field. The first three teams won a three-day trip to Brussels.

Příbramský deník: EuropaSecura national round in Brdy. The students reached the bottom of their strength

Last week, a national round of the EuropaSecura high school competition took place in Brdy in cooperation with the Czech Army and the Ministry of Defense. Martin Vokálek, Deputy Director of our Institute, commented on the event in an article in the Příbramský deník. 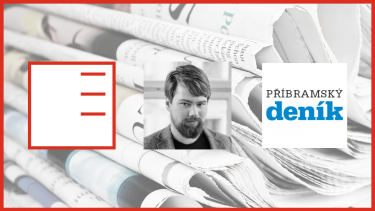 INVITATION: Challenges and Opportunities for European Security, NATO and Defence in Transatlantic Partnership; The Relationship with Russia and China

We kindly invite you to attend the conference concerning the european security after the crises. The debate is organized by EUROPEUM Institute for European Policy, Institute for Politics and Society, Embassy of Portugal in The Czech Republic and CEVRO Institute.

In his latest EU monitor, Adrian Blazquez examines the the European cooperation in the Sahel strip. 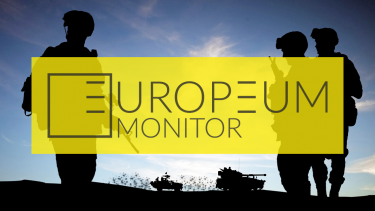 Our research fellow Louis Cox-Brusseau published an EU Monitor, in which he focused on 4 biggest challenges for the EU in the security area. 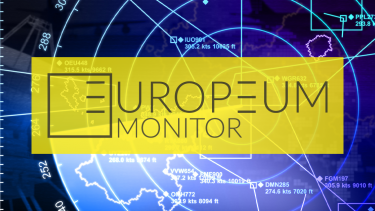