"Europe will be made through crises": the limits to the Monnet-Schuman approach to European construction

Rose Hartwig-Peillon analyses Monnet-Schuman's saying regarding to European construction through crises in view to pandemic of covid-19, vaccines and European recovery plan. 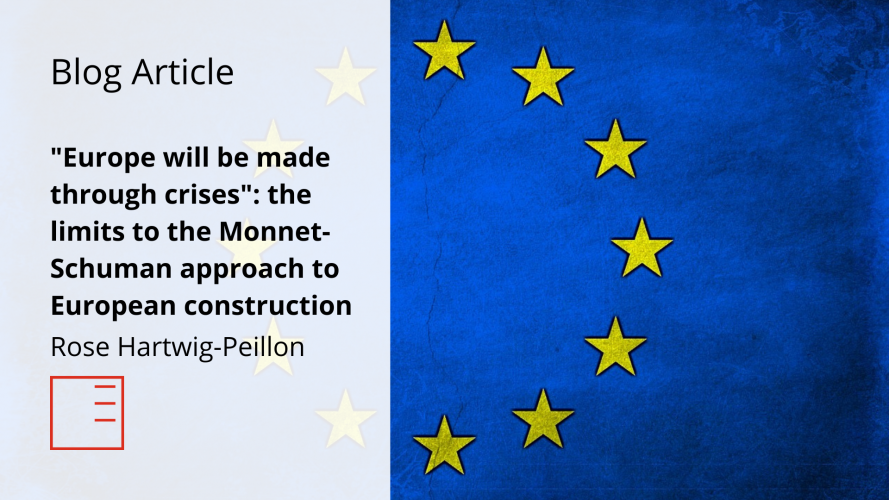 Indeed, at the time of writing the controversial Sputnik V and Sinopharm vaccines were not approved by the agency but were nonetheless used or considered by several EU members. Hungary notably started inoculating its population with both Sputnik V and Sinopharm jabs, clearly bypassing the EMA. This national decision sabotages the Digital Green Certificate, as it does not recognize vaccines not approved by the EMA: there will be a split in the recognition of the vaccination between European citizens. One may fear that the lack of recognition of a part of the administered vaccines will result in vaccinal segregation, where some member-states refuse the entry of European citizens vaccinated with unapproved jabs like Sputnik V. In the end, the decision taken by some member-states to vaccinate their citizens with non-EMA approved doses to protect them from the virus as quickly as possible could ultimately be detrimental to their population, potentially forbidden from travelling freely in the EU even after their vaccination. Hence, a proposal that aimed at facilitating the freedom of movement in the Union turns out to complicate it even more because of a few decisions that favored national interests over the ones of the community.

The whole article is available here.