TA3: A. Lagazzi on the Italian parliamentary elections

What to expect on the Italian political scene after the elections? Alexandr Lagazzi reviewed the results of the parliamentary elections in Italy. 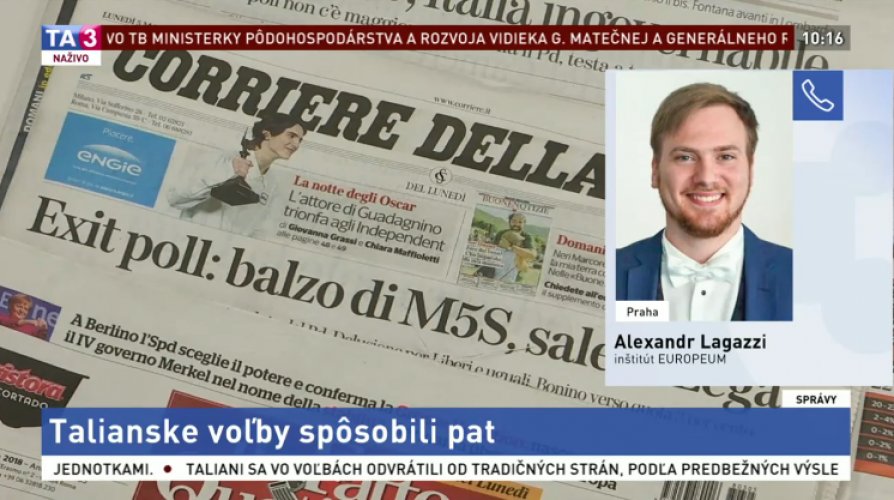 In Sunday's parliament elections in Italy the Five Star Movement won with quite suprising result of over 30% of the votes. Second place, according to preliminary results, goes to the Lega Nord. Together, these two eurosceptic parties could have a narrow majority.

There will be a difficult talks with the president, as at the moment there is a need for a majority to be able to form a government. I think the coalition that could potentially have the majority is a coalition of the Five Star Movement with the Democratic Party, which is very unlikely, especially because the Democratic Party has led a campaign with lot of criticism towards the Five-Star Movement. Next option is therefore that the Five Star Movement would join Lega Nord - this is the easiest way to get the majority and to form a government.

More on this story (in Slovak language) in the TA3 report here.