On Wednesday 18th of October 2017 we organized the roundtable debate "Western Balkans integration process: State of play in 2017", from which a report is now available. 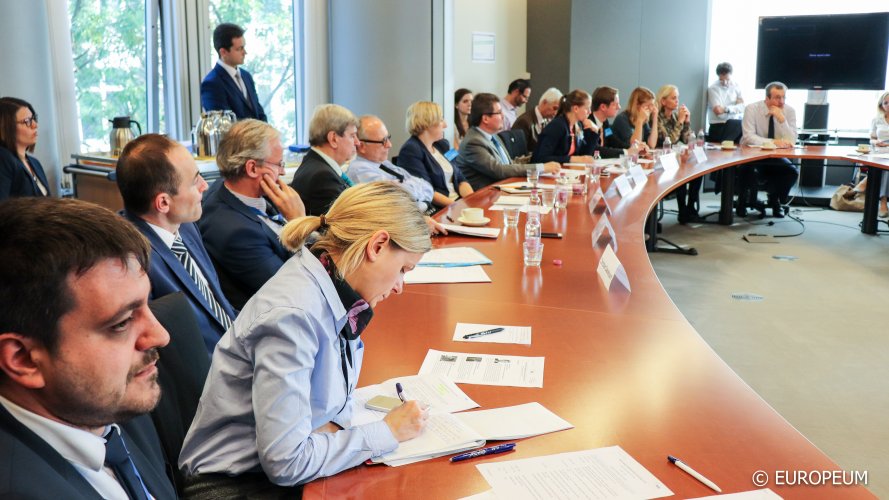 The event took place in the European Parliament on October 18th, 2017, organized by the Think Visegrad Platform in cooperation with Mr. Eduard Kukan, Member of the European Parliament (EPP). The debate sought to fill in the space voided by the European Commission, which due to its changed schedule decided to publish the annual Progress Report on Western Balkans only in April 2018, and evaluate the progress achieved in the Western Balkans so far. More than 60 people participated in the discussion, with 7 MEPs and several journalists among them.

The keynote speech was be given by Eduard Kukan, Member of the European Parliament (EPP/SK), delegated Chairman for the AFET Working Group on Western Balkans.

Our invitation was accepted by the following speakers:

The debate was moderated by Tomáš Strážay, Research Fellow, Slovak Foreign Policy Association (SFPA) and closed with a speech by Christian Danielsson, Director General of DG NEAR, European Commission.

You can find the report by clicking on the PDF button on the right of this article.
Pictures from the event are available on this album.