The third annual Prague European Summit will be held on June 13th - 15th, 2017 in the premises of the Czernin and Lobkowicz Palace. 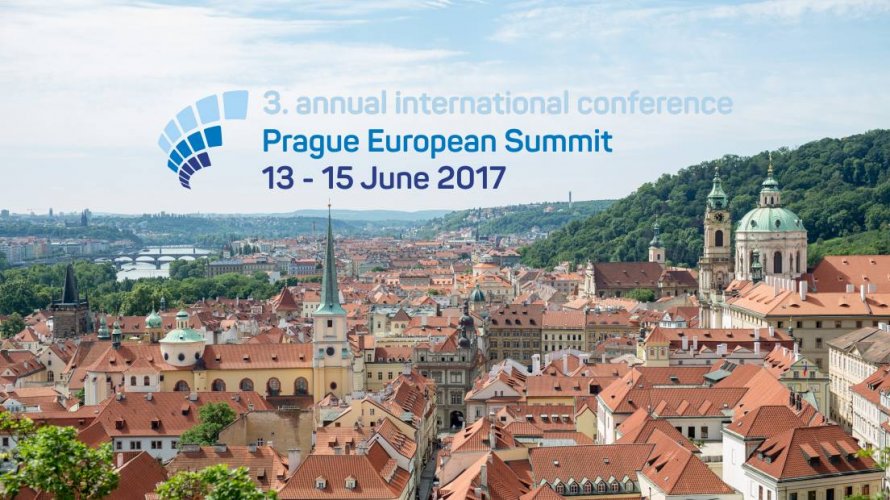 Under the patronage of the Czech Minister of Foreign Affairs, Lubomír Zaorálek, the third annual international conference Prague European Summit will be held in June 2017 in the Prague castle area.

The summit will host European political leaders, representatives of business, experts from nongovernmental sector, academicians and journalists. Radicalization in Europe, Brexit and future of the EU, digital single market, transatlantic relations, energy security or EU - Russia relations will be some of the main topics to be discussed at this unique forum on the strategic issues of European integration.

Third annual Prague European Summit will be held on 13th - 15th June 2017 in the exceptional premises of the Lobkowicz and Czernin Palace. Three-days’ busy programme will frame possible way-out from current challenges that both the European Union and Europe as whole are facing. This year's conference will also host a distinguished guest - Sebastian Kurz, the Austrian Federal Minister for Europe, Integration and Foreign Affairs.

Where is Europe heading after the Britain’s exit from the EU and what is the impact on European trade? Is it necessary and even possible to recalibrate relations with the US under the president Trump’s lead or with the Putin’s Russia? And what is the future of common defence, single market or banking union? This and much more will be the topics of debates among experts from private and public sectors in Prague.

The Prague European Summit international conference is organised by the Czech leading research institutions – EUROPEUM Institute for European Policy and the Institute of International Relations Prague in cooperation with the Ministry of Foreign Affairs, The Office of the Government and The Representation of the European Commission in the Czech Republic. This year is also supported by the City of Prague and other partners from public and private sector. BMW/Stratos Auto became the main automotive partner in 2017.

The preliminary conference programme can be found by clicking on the PDF button on the right of this article. Find out more in a press release, which is now available on the Prague European Summit website here.