Norwegian students on a study visit at EUROPEUM

A group of international students from the University of Oslo visited EUROPEUM on the 20th of October 2016. 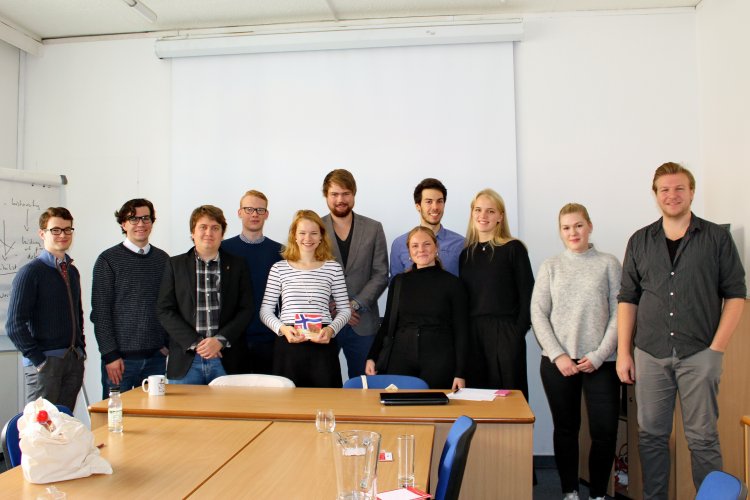 On Thursday 20th of October we welcomed a group of students from the University of Oslo. Zuzana Stuchlíková and Martin Vokálek first briefly introduced our activities to the students and then discussed the position of both the Czech Republic and the Visegrad Group within the EU. Students were interested in the growing disintegration tendencies and nationalism, the effectiveness of cooperation between individual countries within the region or in support of the far right- and left-wing parties of the Czech political scene. The discussion was very lively and students showed a deep interest in the topics that EUROPEUM analyses.