Is Poland truly on the verge of a conservative Armageddon? 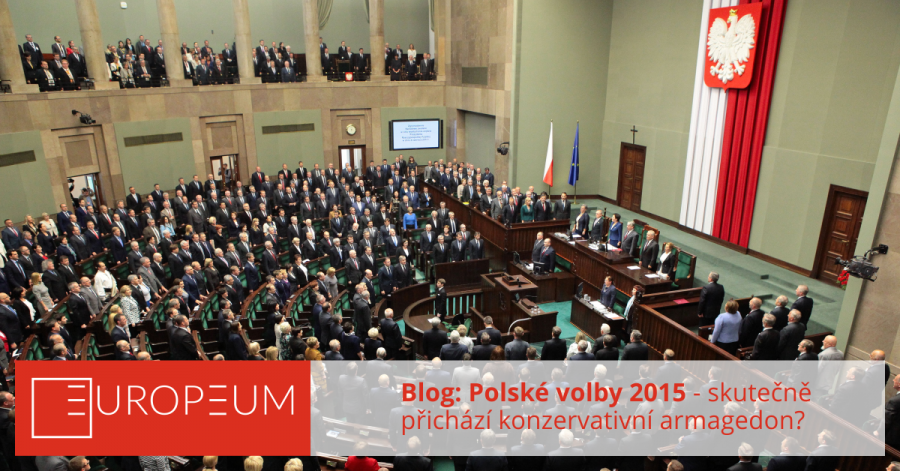 The Polish parliamentary elections showcased three notable trends. First of all, that Polish voters, very much like the Hungarian and Slovakian electorate, desire stability. They similarly do not distinguish whether the balance of powers is appropriate or not. The second trend is that, just as in the two countries mentioned above, the emotional substance of politics is significantly more present in Poland than in the Czech Republic. The victory of Law and Justice party (PiS), which presented its vision of their country as a citizen of Poland engaged in the country´s development, is a clear example of that. The Civic Platform party (PO) utilized such citizen of Poland potential in the 2011 elections, but proved unable to update its narrative during this last electoral phase. This fact shows how necessary it is to consider wider social development and not only personal rivalry. Finally, the last trend shows us that a part of the Polish electorate still believes in obscure political formations such as the League of Polish Families (successful in the 2005 elections), Janusz Palikot in 2011 or Pawel Kukiz in this year´s elections.

In the wider perspective, the elections have shown that divisions in Polish politics are still based on vision of the nation based on nationally connoted emotions in politics. In this regard, PiS had a successful and - compared to previous years - moderate campaign. PO paid the price for the fragmentation of their ideological group and for the burden of their 8-year long period of governance.

Can a conservative Armageddon, comparable with the one of Viktor Orban, be expected? While the majority of observers seem to think so, it is however unlikely. Poland is a very diverse country with several liberal and conservative intellectual strongholds while Hungary has nothing but Budapest. PiS learned its lessons from the 2005-2007 unsuccessful governing period and have attracted voters thanks to their rhetoric on state-building, which is based on a true threat in a form of neighboring Russia. Viktor Orban has built a system aimed exclusively at his domestic audience, whereas Poland desires international recognition, something PiS strategists are very well aware of.

Text has been originally published at blog iHNed.cz (in Czech language).