Our Vladimír Bartovic was a guest of Czech Television, where he commented on Věra Jourová's upcoming grilling by European Parliament. 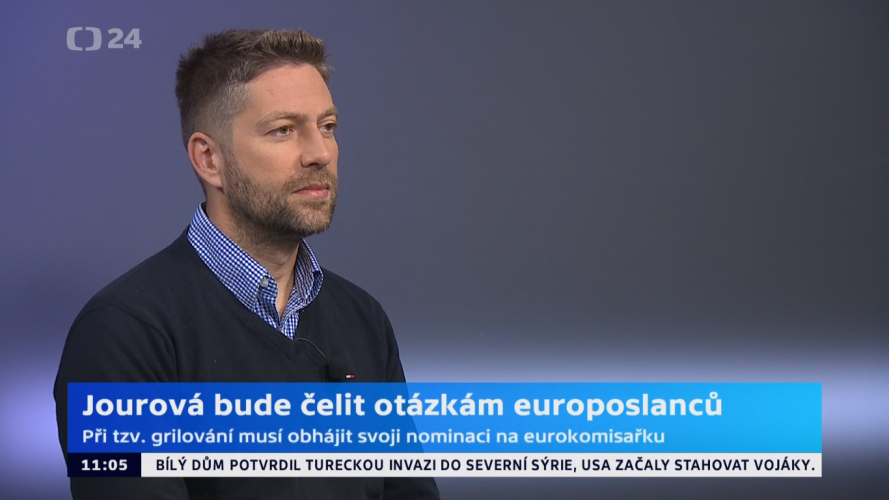