On 24 October 2016, we organised a private roundtable that brought together the four Ambassadors to the European Union of the Visegrad Countries and twelve amongst the most prominent think-tanks in Brussels. The meeting took place within the framework of the Think Visegrad in Brussels project and was hosted by the Permanent Representation of the Republic of Poland to the EU. 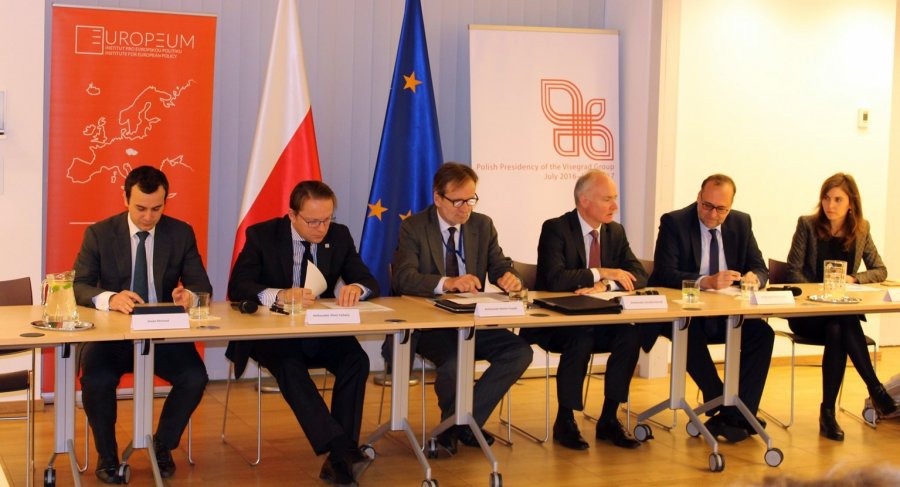 The event was opened by remarks by Ambassadors Jarosław Starzyk from Poland, Martin Povejšil from the Czech Republic, Peter Javorčík from Slovakia and Olivér Várhelyi from Hungary. The aim of the meeting was to create a platform for honest discussion between the two parties. It was an opportunity for the Ambassadors to present the priorities of their respective countries and the Visegrad Group as a whole and elaborate on how it works. For their part, the think-tankers provided with a mirror reflecting the current image of the Visegrad Group and asked questions on its common positions as well as particular matters pertinent to its individual members.

You can download the report through the PDF button on the right of this article.

Think Visegrad in Brussels, as part of which the meeting was held, is a project implemented by the EUROPEUM Institute for European Policy and funded by the International Visegrad Fund. The aim of the project is to strengthen the voice and visibility of the Central European countries at the heart of the EU policy debates and to encourage the EU dialogue back in the region.